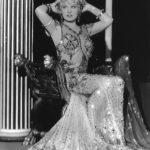 If someone were to mention the most quotable bombshell in Hollywood history, most people would probably assume Marilyn Monroe. However, I'd like to make an argument for Mae West - the iconic actress, playwright, screen writer, and sex symbol. Mae West often played characters of audacity and sass because that's who she was in real life. She had a natural way with using … END_OF_DOCUMENT_TOKEN_TO_BE_REPLACED

Mae West was a successful actress, playwright, and screen writer in the 1920s and 30s. Today, she's among the most admired in Hollywood history, largely due to her  quirky sense of humor and risque behavior. She was a dame in her own right, as she was an ambitious woman of authority - one that pushed the limits without fear. She owned her sexuality. Mae West was … END_OF_DOCUMENT_TOKEN_TO_BE_REPLACED 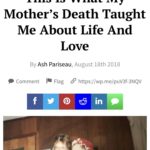 I recently decided to publish one of my most personal stories on Thought Catalog. While it doesn't directly deal with dating or romantic relationships, it is still concerning matters of the heart. You might find it uplifting. Click the image to read the full article. One thing I have come to understand is that our genuine, intuitive ability to love someone with all of our … END_OF_DOCUMENT_TOKEN_TO_BE_REPLACED 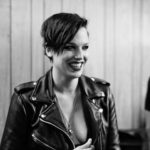 The other day, I read a long twitter rant from a man who was outraged at how so many modern women are daring to cut their hair short. Basically, he was saying that almost all women with short hair look unattractive and unfeminine and if these women want to increase their sexual market value (SMV), they will keep their hair long in order to please men. I'll see a comment … END_OF_DOCUMENT_TOKEN_TO_BE_REPLACED 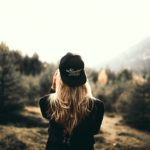 These days, I see a lot of people who love telling women that they can't "have it all." Wherever there is a woman who has both a family and a career, there's a crowd of people who would jump at the opportunity to question how she might be failing either part of her life when she's occupied with the other. By having it all, they typically mean having all that life has to … END_OF_DOCUMENT_TOKEN_TO_BE_REPLACED