They Want You When They Can’t Have You 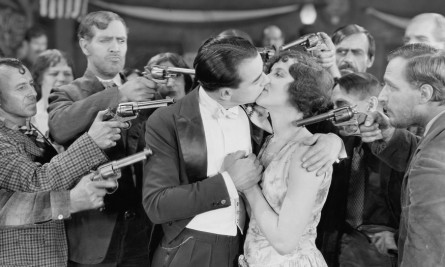 A young woman recently sent me this DM and and gave me permission to post and respond.

“I’m a 21 year old and consider myself to be attractive looking. It seems though that when I’m single and looking, it’s tough to keep a guy’s attention. I’ll start talking to someone and right when I think it’s going somewhere, it fizzles out. Then as soon as I get a boyfriend, I can’t keep other guys away. Last year I was seeking a potential boyfriend for months with no luck. Finally, I started seeing someone exclusively and then two of the other guys I tried to escalate a commitment with suddenly were interested. It also happened again when I started my internship and was genuinely too busy to date anyone. Is this bad luck or is it all in my head?”

It’s not all in your head. And it’s not bad luck either. Guys want what they can’t have. It was likely that when you were actively looking for a boyfriend, you may have come across as a little eager or maybe even desperate. They can sense that and getting you starts to feel too easy for them. It’s probably one of the oldest pieces of advice you can hear, but men really do like the thrill of the chase, as long as it’s just attainable enough for them in the end.

You might hear from time to time that guys like women to make themselves readily available, but the only guys who are saying this are the guys who don’t feel confident enough in themselves to be up for the challenge. Most guys love a little cat and mouse.

No matter what they say, what they usually do is go after the women who are mysterious and slightly out of reach. That’s why they flock to you when you have things going on in your life and act like you don’t give a shit about dating. That’s when they want you the most.

When you had a boyfriend, you were giving off that vibe, as you were when you were busy with your internship. They saw you as a woman who is happy fulfilling her life, doing her own thing, and that her life doesn’t revolve around men, and they find that attractive. Just remember that next time you are in this position.