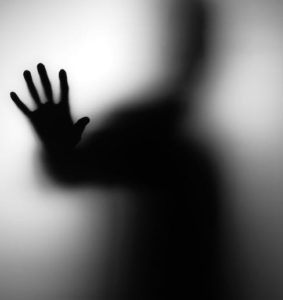 The other day I received an email from a 20-something woman asking my thoughts on why this guy she had been seeing might have suddenly lost interest.

She explained her story and how he seemed very interested during the few times they were together. Then she mentioned that he slowly started to back away in communication and enthusiasm. Usually hearing about the slow fade makes me wonder if someone else was in the picture, but she insisted that didn’t seem like the case.

I’ve actually been asked about this before and have seen a lot of women complain about the sudden loss of interest from men.

Sometimes the connection just isn’t there and it has nothing to do with you – but also sometimes it does.

Based on what I have personally experienced and observed in others, I’ve noticed a pattern in what typically annoys men and turns them away.

This is huge attraction killer.

Texting or calling 20 times a day. Trying to spend every waking moment together. Hounding him for affirmation.

I’ve written before about women who constantly demand his attention and never give him any room to breathe.

It makes them feel suffocated as if they have no freedom, so there’s this push-pull effect that comes into motion. The more you text him, “What are you doing? Are you mad at me?” the less like he is to respond to you. When you keep pushing towards him, he’ll start to pull away.

I’ve seen a guy break up with my friend simply because she texts too much. I can think of a couple of instances in the past where I have guilty of this as well. It becomes like a bad habit but it needs to be eliminated.

Being needy also makes you appear as lower value. Men know that higher value women aren’t going to be needy or clingy and they have no problem giving him space. You have to learn when to chill out and back off. Any decent man will appreciate this quality in a woman.

This doesn’t mean you don’t put in any work into the relationship. There’s a difference between being needy and putting in the necessary effort.

Show your interest in him one time, then wait and let him reciprocate.

Simply put, you’re boring. Aside from him, you have no interests of your own. You are stuck in a basic routine and you never allow yourself to operate outside of your little box and actually experience life. Men will tire easily of women who have no authentic identity.  He wants to know who YOU truly are.

For a man to stay interested, you have to be an interesting woman. You have to take him complete surprise and stand out from the others. Men love outsiders. Trust me on this – they do.

You can’t just be a do-nothing bitch and expect a man to think you’re woman of the universe. Find some kind of passion in your life. Dare to be different. Have a voice that is yours. Become fearless in your convictions.

It doesn’t even matter much what it is as long as it’s you being authentically you. A man will respect the woman who has the audacity to be herself, unapologetically.

Once you live authentically and pursue your own life’s mission, you become your own source of self esteem and any man with good sense will find you irresistible.

Insecurity will manifest itself in several different types of behavior.

The most common ways women will act out of insecurity are when they trash talk other women, constant paranoia or worry about the state of the relationship, needing lots of reassurance that she’s beautiful, awesome, and everything is going great, over analyzing everything is says or doesn’t say, easily become jealous of him having any fun, being dramatic for the sake of getting more attention, etc.

As soon as a man can tell this type of behavior is going to be a pattern, he will instantly lose attraction.

A man is going to want the woman of self confidence and control, not the little girl who always has to ask if the outfit looks good on her.

He desires the grown ass woman who knows she looks good and that he’s lucky to have her.

You seem to have an agenda.

If you aren’t careful or sincere in your relationship with a guy, he’ll eventually sense that you are up to something.

A common agenda is when a woman is mainly focused on marriage and kids. She’ll tend to skip all the necessary components of letting a relationship grow and get straight to the point, pushing him into heavy commitments early on.

Then she’ll communicating her desire for planning a wedding and pregnancy, regardless of whether or not he has proposed. If he feels this is being rushed in any way, he’ll pull back and his interest in staying with you diminishes.

Another agenda I might see is when a woman is using him, either for his money or to make someone else jealous. Men are a little less intuitive about this one but if she takes advantage of him for long enough, he will eventually start to pick up on her lack of genuine interest in him as a person.

Don’t go into a relationship with these kind of intentions. It’s always better to meet a man you are truly interested in that you can have a real relationship with. A relationship that grows naturally because his future plans are properly aligned with yours from the beginning.

If you are in a rush to get married, have kids, or whatever else, you’ll likely just end up being disappointed.

You’re making things too easy for him.

The surest way to lose a man’s interest is by giving him everything he wants.

Yes, you read that correctly. You mustn’t give a man complete relationship satisfaction – at least, not right away.

Because no man will appreciate a woman who serves herself up to him on a silver platter without working for it.

Men have a biological need to pursue a woman of interest. Having to put in effort for you gives him a sense of purpose and fulfillment.

If he gets everything he wants up front without having to do anything, it feels undeserved to him. It feels fake and disingenuous. It makes you seem desperate and lower value.

I used to make this mistake in my early 20s as well. I’d think, “I’ll change things up and pursue him. He’ll appreciate my effort and won’t be able to resist.”

Unfortunately, this was rarely the case. I didn’t know what I was doing, so without realizing it I’d always end up being the only one putting in any effort or enthusiasm. I was making myself too available too soon which turned them off.

When you give a man undeserved relationship satisfaction, you will witness the downfall of that relationship.

There’s a saying that goes,

“If she’s amazing, she won’t be easy.

If she’s easy, she won’t be amazing.”

I challenge you to ask your male coworkers or friends if this is true. Most will agree.

Keep this in mind when you are with someone new.