Why Men Are Drawn To Nonconformist Women 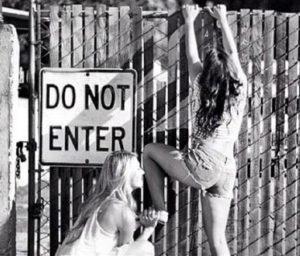 It appears that many people assume men are attracted to obedient, conventional women who fall in line and play by the rules, but that assumption is quite untrue.

Matthew Hornsey, a University of Queensland psychologist, has conducted the research to prove it.

“Nonconformity is more attractive than conformity for women and men. People think that men prefer conformist women, but this impression is discrepant from reality.”

Published in the Personality and Social Psychology Bulletin, Hornsey  and a team of researchers document an experiment of five separate studies on a group of undergraduate students to test how they respond to conformist and nonconformist members of the opposite sex.

One study tested 115 students who were asked to rate profiles of 20 people to measure their level of attraction to the opposite sex as well as how they presume the opposite sex would find them.

The results of studies 1 and 2 show evidence that “both men and women preferred nonconformist romantic partners, but women overestimated the extent to which men prefer conformist partners.”

Hornsey and his colleagues believe this mindset may still be a hangover from when “women were expected to be submissive, modest, subdued, agreeable.”

What do we mean by nonconformity?

The failure or refusal to conform.

It is individualist behavior or thinking that deviates from an established rule or standard.

In other words, nonconformity implies independent thinking – a refusal to submit to a prevailing expectation.

Considering this information, the question then becomes – why exactly are men more attracted to nonconformist women?

Do they love the maverick type of woman just for the fact that they refuse to go along to get alone, or is there more to the the idea?

Further research (published in Social Psychological and Personality Science) indicates that breaking rules gives the appearance of status and power, which may explain part of why nonconformity is appealing to so many people.

It makes sense, seeing as how humans are naturally drawn to personalities of unique ability and strength. It is these characteristics that make someone stand out.

To put it simply, nonconformist women are are viewed as striking, influential, a bit risky, and that makes them exciting.

Most men don’t passionately desire the basic cookie-cutter type of woman. They want someone real who dares to be unapologetically different.

The underlying quality of someone who isn’t afraid to be different? Confidence. And we all know that confidence is the key ingredient to irresistible sex appeal.

To explore this topic further, I decided to raise the question on social media and a couple of other social platforms.

One follower on Twitter, Tia (@Typosaurus_rex) claims: “We all have this image of what the “perfect: person would be like for us, I think the truth is we usually end up with someone who stands out to us because of who they are as a person. The whole package. Often nonconformists express who they are more readily. Less guesswork.”

Another male forum user who wishes to be anonymous says that he like non-conformist girls because “they are willing to think for themselves and not let their committee of friends decide how they feel about everything (including how they should think about their men.”)

Bottom line: Don’t be afraid to be a little bit weird, have a mind of your own, break a few rules, and follow your own path.

It’s part of what makes you more distinctive, alluring, and happier.

Never let anyone tell you that you need to be a conforming, compliant, good girl in order to be attractive.

Being my sassy, unconventional, authentic self has always worked out pretty well for me.