10 Mistakes To Avoid After A Breakup 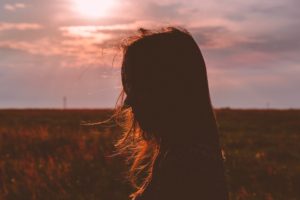 Breakups are difficult, and they often come with feelings of hurt, confusion, sadness and anger. These emotions can easily bring out our worst behavior that might seem like a good idea in the heat of the moment, but in reality result in unfavorable outcomes. This is exactly why it’s important to become aware of yourself and avoid making reckless mistakes when a breakup occurs.

Are you guilty of any of the following?

Staying in contact with your ex.  After a breakup, you aren’t likely to go immediately into being just friends. There are still emotions circulating between the two of you that will make this impossible, so it’s best to just cut off all contact for a period of time. Delete his number from your phone and unfollow him on social media until you are, without a doubt, over him. The rule of no-contact cannot be ignored.

Going on a rebound. Women often think that the fastest way to get over one guy is to get under someone else. It’s a false quick fix for a larger problem that usually isn’t very effective anyway. Rebound relationships rarely work out in the long run. Not only do you need down time away for your ex, you also need some exclusive time for yourself, away from other men too. You need to refresh and recharge so you can actually become ready to see someone new.

Putting your ex on blast online.  Just don’t this, ever. It’s childish and tasteless. It starts unnecessary drama and you will likely regret it later on. The truth is, no one else really cares to read about it anyway. Grown women don’t air their dirty laundry online.

Becoming bitter. Just because you went through one nasty breakup doesn’t mean all men are pigs. It doesn’t mean love doesn’t exist or love isn’t for you. It doesn’t mean you’ll never find a decent guy. There’s no reason to adopt a bitter mentality. It serves no benefits to you. If you fall down seven times, get up eight!

Idealizing the person who dumped you. When you break up, you might find yourself remembering only the good times and forgetting about his flaws. You place him on a pedestal where you think you need him in your life to be happy, and that being with anyone else just won’t do because no one has his unique personality, his witty sense of humor, or his charming smile. Nonsense. No matter how great you think he is, there is someone else just as awesome, if not better than him, that is waiting to meet you.

Blaming it all on yourself. Some women make a bad habit of taking all the blame for failed relationships. They fool themselves into thinking that they could have done something to change the outcome better in their favor. The faults in a relationship are usually a two way street. There’s no sense in beating yourself up.

Begging for reconsideration. There’s nothing that demonstrates low value than being a rejected woman who crawls back hoping for another chance. I’ve covered this topic before in Breaking Up: The Last Thing You Should Ever Do. Your irrational thoughts might convince you that if he sees how badly you want him back, that he would realize he’s meant to be with you. This could never be less true. Begging him to take you back will only make you seem desperate and unattractive in his eyes. Have more respect for yourself!

Trying to get revenge. Maybe he cheated on you. Maybe he lied to you. Maybe he disrespected you. Whatever happened, it can become amusing to fantasize about getting your revenge on him, Carrie Underwood style. You start to feel like you can’t move on unless he pays in some way for what he did to you. However, it’s important to resist acting on this. I can’t stress this enough! It will only get you in trouble and make you look ridiculous. It’s true that the best revenge is living well. Turn your focus inward and away from him.

Comparing yourself to his new girlfriend. Whether you run into her in person or accidentally catch a glimpse of a photo of her and your ex together, there’s no reason to start thinking about how she compares and contrasts to you. It doesn’t matter. She’s not you and you aren’t her. You are two totally different people and nothing about him being with her means that she’s better than you. Don’t do that to yourself – you don’t deserve it. Be confident enough in who you are that you literally give zero fucks about who she is in comparison to you.