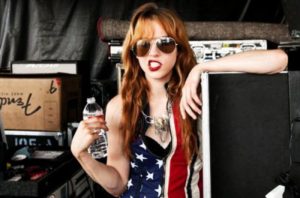 The other day, I read a long twitter rant from a man who was outraged at how so many modern women are daring to cut their hair short.

Basically, he was saying that almost all women with short hair look unattractive and unfeminine and if these women want to increase their sexual market value (SMV), they will keep their hair long in order to please men.

I’ll see a comment from someone about this every so often and I have always found it amusing that people try to claim that women having long hair is what makes them feminine and beautiful, especially when some of pop culture’s most beautiful and iconic women had short hair, such as Elizabeth Taylor, Marilyn Monroe, Audrey Hepburn, Lucille Ball, etc.

However, the modern reaction to a woman’s short hair has become very hostile and bitter. We saw the uproar over Emma Watson, Rihanna, Miley Cyrus, Jennifer Lawrence, Scarlett Johannson, etc when they all scandalously cut their hair short.

Even though in reality, all those celeb women could be completely bald and none of them would have trouble getting a date if they wanted to.

What that twitter guy said didn’t apply to me or offend me in any way, but it did remind me of a blog post I once read of my favorite rock singer, Lzzy Hale. She’s the frontwoman of the Grammy winning band Halestorm.

I have seen their show a few times and was lucky enough to meet her back in 2013, and let me tell you, this woman is the epitome of sexy, badass, talented, and amazing.

Throughout most of her career, she’s kept longer to medium length hair but last year she cut it short and fans and critics went crazy over it. She wrote about it in a personal tumblr which she calls The Diary The Lzzy Hale.  The title of the entry, To Be Rock n Roll, You Have To Make Everyone A Little Uncomfortable.

“This summer, I cut my hair short. The shortest it’s ever been. And do you want to know why I did it? Because I wanted to. That’s truly the long and..ahem…short of it.

A lot of women have shorn their locks this year, all for various reasons. Some out of convenience like me, some for deeper meanings in search of personal change. Some ladies are doing it simply out of defiance to show the world that a woman’s hair does not define her worth or beauty.

It’s amazing when you are in the public eye how passionate people can get about small changes like this. Especially on the net, the name calling, sexist comments and the mean, judgmental attacks on my gender and sexuality. All because I cut a few inches off my hair. And in the meantime most of my male friends right now are growing their mops out down to they asses! It’s just hair, it grows and gets cut. And the reason I’m addressing this issue is because there’s this misconception that your hair, what you wear, how skinny you are, your social status etc…defines your worth and your beauty.

To that I’d like to say that my short hair was a test and some of you passed, and some of you failed because This could not be further from the truth. Your worth and your beauty is measured by your heart. It’s Your ability to accept yourself and others for their uniqueness, and really, being a good human is what makes you beautiful. I’ve been friends,dated and have had trists with a few handfuls of people. I’ve fallen for people who aren’t “traditionally and marketed as” beauty, and have considered them sexy and fucking amazing looking because of their bold, spunky, golden heart. I’ve also had close contact with our ‘traditional, socially accepted as beautiful people’ … and the truth is … it doesn’t matter how long your hair , your skinny waist or glowing skin… if you’re an asshole nobody wants to fuck, love or have you in their circle!

The most beautiful people that I’ve kissed and that I’ve have had in my inner circle… are the rebels… the people that are defiantly being them, dressing like the want to, wearing their hair like they want to, getting tats, piercings, or none of those things. Just owning who you are is seriously the most sexy and beautiful thing you will ever do! And for me personally…this is what attracts me to someone.

I hope that everyone goes on Facebook and checks out every foul comment people are making about my hair. I hope every little girl and little dude reads this. I’m here to tell you that there’s always going to be people who will criticize you, judge you and are going to be downright cruel to you for the way you look sometimes. But when this happens you have to remember that You are ‘Rock n Roll’. You are not a pop star or a porn star where your worth is measured by your youth and your looks…. you Are Rock n Roll because you make everyone uncomfortable and are unapologetically yourself, you walk into a room with your head high and Own it, you dress yourself the way you want and you follow your dream at all costs with no backup plan!

Let everyone say what they want. But the only reason someone will troll you about your amazingness is because they are insecure and/or are dinosaurs who have no clue how to exist in 2017. Be you. Love you. Because I love you and we Stand Out together.

And P.S. do not feel sorry for me about any ridiculous comments that have been thrown my way… be sorry for the people that posted them… poor souls, I only give them love and encouragement to find who they are inside and not just own it .. but “Rock n Roll own it”

I wanted to share what she has said here because she has an excellent mindset on this issue and has put it into words better than I could have. What she has done here is take back control and authority over her value and appearance, and has done so gracefully and appropriately. What a kickass woman!

I’m pretty sure she’s aware that some people think she looks better with long hair, and she’s made it clear that she doesn’t care. They’ll get over it. It’s also obvious that she is a woman who is still viewed as attractive and sexually arousing to many people regardless of hair style.

I say, if you want to have your hair short, go for it. However, you must understand that some people won’t like it, but no one ever said they had to. They are allowed to have their preferences and you are allowed to not give a damn what they like or dislike.

No matter what, there will still be plenty of people who will love your hair and you as a person. So why not? 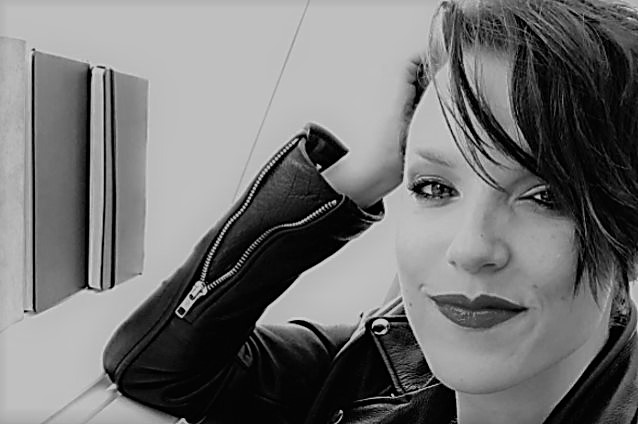