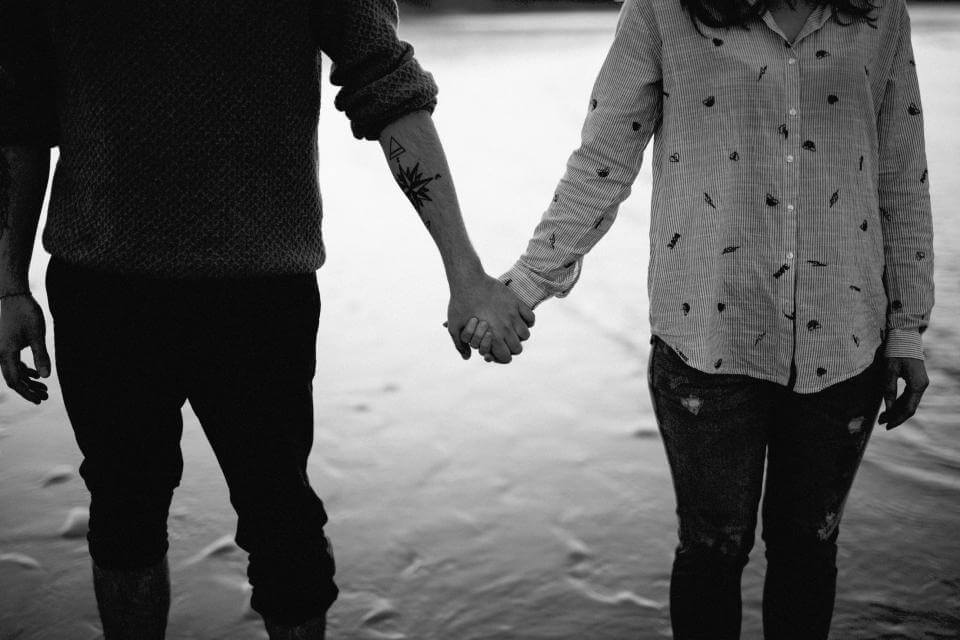 Many women struggle to figure guys out, especially during those first few “dating stage” months. They aren’t sure exactly what he wants or what his intentions are. Does he wants to be in a relationship or is he just trying to keep it casual?

I have spent a lot more time being in longer term relationships than I have with dating casually, so I’ve learned a thing or two about what it looks like when a man is locked into the idea of being more serious and exclusive. How he feels and what he wants will reflect in his behavior towards you, even if he doesn’t realize it.

Ten things to look for….

If a guy is truly interested in having a relationship, he will maintain a level of consistency in his attention towards you. He will not be running hot and cold. He will also not be sending mixed signals.

Instead, there will be a steady stream of texting, calling, going out, etc. The frequency at which this will happen will vary from person to person, but regardless you should be able to get to a point where you notice a pattern and predict when you are likely to hear from him.

If you can’t detect a pattern and his contact with you is good for a few days in a row and then drops off the map for a week, then it’s likely that he is either not ready for commitment or he could still be considering other options.

2. He takes a genuine interest in your family.

Some guys are big on family, and some aren’t, which is normal. But if he is interested in holding down a relationship with you, he’s going to do two things here: He’ll ask questions about your family and make an effort to get to know them in person, and he will invite you to spend time with his family as well.

Any decent guy knows that when you’re with someone, eventually you start to become a part of each others family. If he is taking an interest in yours and inviting you to be around his, then it seems he plans to have you in his life long term.

3. His friends already know about you.

A surefire way you can tell a guy sees you as someone special is when you meet his friends for the first time and they can already recall details about you that your guy must have told them. They’ll say things like, “Hey, yeah he told us you’re a Psychology major from IU.”

Obviously, he’s boasting about you and introducing the idea of you to his circle of friends. If he didn’t care about having a relationship with you, he probably wouldn’t bother doing this.

4. He’ll engage in some of your interests.

He will naturally be curious about some of your hobbies and past times. He will try to further look into what the two of you could have in common. For instance, if you go to the gym regularly, he might feel inspired to start going along as well.

This doesn’t necessarily mean that he will enjoy or participate in all of your interests just as you do, but he might want to explore a little bit into your world. At the very least, he wants to understand the things in life that you feel passionately about.

5. He goes out of his way to be together in times that don’t involve sex.

He will sincerely want to spend quality time, even when there’s no opportunity for sex. When a guy is just looking for chances to hookup, he’ll call you over on a last minute’s notice, or he might decline the chance to hang out  during the day for a couple hours but he always seems to be free later at night.

The guy who wants a relationship isn’t looking to only have sex – he really wants to spend time with you and enjoys your company.

6. He will take the initiative.

A man who truly wants to be with you will come to you. He will actively pursue, so you won’t need to wonder whether or not to call him, text him, ask him to hang out. Studies have shown that more often than not, men enjoy being the ones to work to get your attention and approval.

The right guy won’t let you slip through his fingers. He wants to prove himself to you and he will be happy to make the effort. You won’t even need to doubt how he feels or where you stand. He will make it known and remove all uncertainty.

Men can be hesitant to share their emotions, things that are bothering them, etc. However, if he sees you as someone who he could be in a relationship with, he will become comfortable enough to open up to you on his own. He might start off by sharing small things just to get a feel for how well you react and relate to what he’s going through.

The more he opens up to you, the more he trusts you and sees you as an important person in his life.

8. He’ll make plans and keep them.

Beware of the ones who say they “don’t do plans.” What he means is, “I don’t want to make plans in case something better comes up.” Sure, being spontaneous once and while is great, but it’s not realistic to live every day on a whim and expect someone (you) to always be available to come along.

A man who respects your time is a man who will make plans with you.

He will want you to be comfortable and happy with him and your relationship together. Being patient is a small price to pay if it means being with you in the long run.

Even a guy who would call himself impatient will wait for the woman he really wants.

It’s always a good sign when a man is happy to make you happy. He will do things that he knows you will like and he will love seeing that smile on your face that lights up the room.

For example, he might surprise you with tickets to see your favorite band, or it could be as simple as bringing your favorite dessert. He loves knowing that he’s the one who can make you feel good and shine the way you do.

This is how you know that being with you isn’t just for his own self interest – his care for you is genuine.

Always looks for signs of progression, planning, and priority. These are the top three elements that take dating into a long term connection. If you aren’t seeing these signs and it’s been several months or longer, then it’s likely he might not want much of a future with you.

Carefully evaluate where you stand and where you want things to go, then communicate and figure out what the next step should be.

To staying fabulous in 2022. 🥂
When you have a good man, make sure he knows you know it.
What is the most spineless, tactless way someone has ever broken up with you? Tell me about it.👇
Tag a friend who needs to hear this right now. Tap ♡ if you agree.