Don’t Be A Wife When He Isn’t Your Husband

July 28, 2018Behavior, RelationshipsComments: 20
I recently came across a message from a young woman who is frustrated with her boyfriend’s attitude about marriage. She writes, 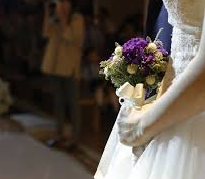 I’ve been with my boyfriend for almost four years. Things were going really well for the first year so we agreed to live together.  After about a year of adjusting to our joined lives in the same home, I started thinking seriously about marriage. When I mentioned it back then, he made it seem like a probability, so I decided that I wanted to show him that I could be a great wife and mom someday. I started taking on nearly all of the housework and cooking in addition to working at my job. I made a note to him a couple times that I wouldn’t mind staying home to raise kids and be a better homemaker if that’s what needed to be done.  I made every attempt to be affectionate and attentive to his needs, give him space when he needed, show him love, be a great lover in bed, communicate well, make his favorite meals, find common interests, helped take his stress away, take an interest in his family and I invited him into mine.

I wanted to show him what the future could be like and he has said how much he is into it but now he’s acting like he’s not very interested in marriage. He says he wants to be with me but we don’t have to get married. I don’t know why he is now acting disinterested but I don’t want to have any children without being married, and when I told him that he just became quiet and then changed the subject. I’m not sure how to handle this moving forward.

I understand this is difficult for her, but it sounds like she’s doing entirely too much to prove herself to him. She’s made all this effort, and in the process has become overworked and underwhelmed.

My first question is, why should he marry her when she is already giving him all of the benefits? What incentive does he have? She’s already cooking for him, giving him great sex, and doing all of the housework, so what more does he really need? He has no motivation to get to the altar because he’s already getting all the perks.

It’s like the old saying, “Why buy the cow when you can get the milk for free?”

While it’s natural for us women to want to care for the man we love and take on this role to show how great things could be in the future, it’s important to be careful of giving too much away too soon.

Believe it or not, I used to be a similar way. I would give of myself freely in all aspects, become so hardworking and accommodating, only to be taken for granted. I tried to move mountains for some who wouldn’t lift a finger for me.

The truth is, this isn’t attractive or respectable to most men. I also learned this first hand.

I would advise this girl to take a step back from everything she’s doing and be honest with him about how she feels. Tell him that all she needs and desires is his full commitment like she wants to give to him. Additionally, he needs to understand that everything she does for him is what a wife does for a husband, not what a girlfriend does for a boyfriend.

Let him know through actions, not just words, that if he won’t actually say, “I do” then the benefits of having a wife will stop. In this case, he will either rethink his position on marriage or he will leave.

My other question to her is, what amount of sweat is he putting in? How has he been proving himself to be a great potential husband or father? Or has this been one sided all along?

Definitely don’t let your relationship slip into that territory, at which point, she should ask herself why she wants to marry him in the first place.

With all of the giving that she does, I have to wonder what she is getting out of being with him.

This reminds me of when I flew back to Indiana to visit friends and family earlier this year. I caught up with a best friend and met her boyfriend for the first time.

One night, her and I went out for drinks and she confided in me that he was putting off the topic of  marriage. As she started to become emotional, she confessed, “I already do everything for him. I cook, I clean, I do his laundry, I run his errands…” she tried to continue on down the list and I had to interrupt her. I said, “Woah, woah, woah, just stop. And I mean it, you’ve got to stop doing all that right now.”

This guy had zero incentive to go through with getting married, and while many guys may like being taken care of like that for the time being, they eventually won’t understand how to respect or appreciate these efforts from a woman before there’s even an engagement.

It’s true that relationships aren’t 50/50. They are 100/100 which means both partners should give their 100%, but there needs to be reciprocation. No relationship should end up with one person doing it all and the other benefiting the most from everything.

At the end of the day, a man wants to qualify himself to a woman first and foremost before she qualifies herself to him, not the other way around.

He wants to be the one to have to work hard to earn your affection and commitment.  He loves being the one to prove that he can be a great husband and father, and only then you can show him what a potential wife and mom you can be. If you take that from him by giving it all away for nothing, you’ll have a one sided relationship that will end in disappointment and resentment.

Don’t be a wife when he isn’t yet your husband.